The station now features a 700-foot center-boarding platform and pedestrian underpass. Passengers no longer have to cross the tracks to board the train. The improvements also make the station fully compliant with the Americans with Disabilities Act (ADA).

The new platform completed in September eliminated the “holdout rule” in the station. Before trains had to “hold out” beyond the South San Francisco station if another train was at the platform. Multiple trains are now safe to enter or pass through the station at a time, allowing for more flexibility in scheduling, which is critical for future increased electrified service.

The Caltrain shuttle stop will be relocated on Poletti Way, on the east side of the station starting January 24. 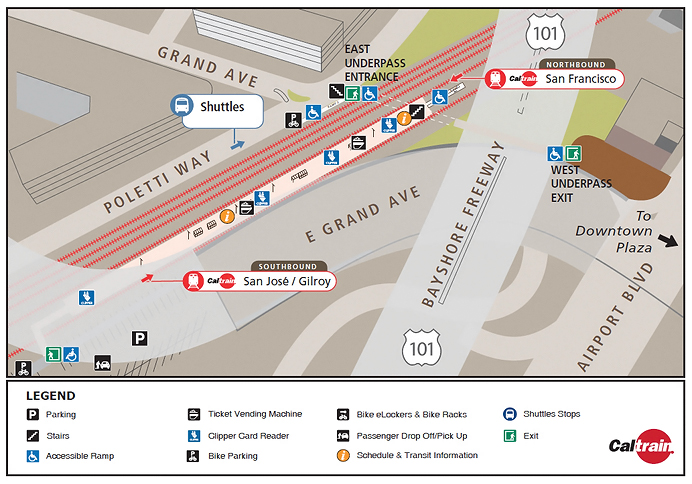